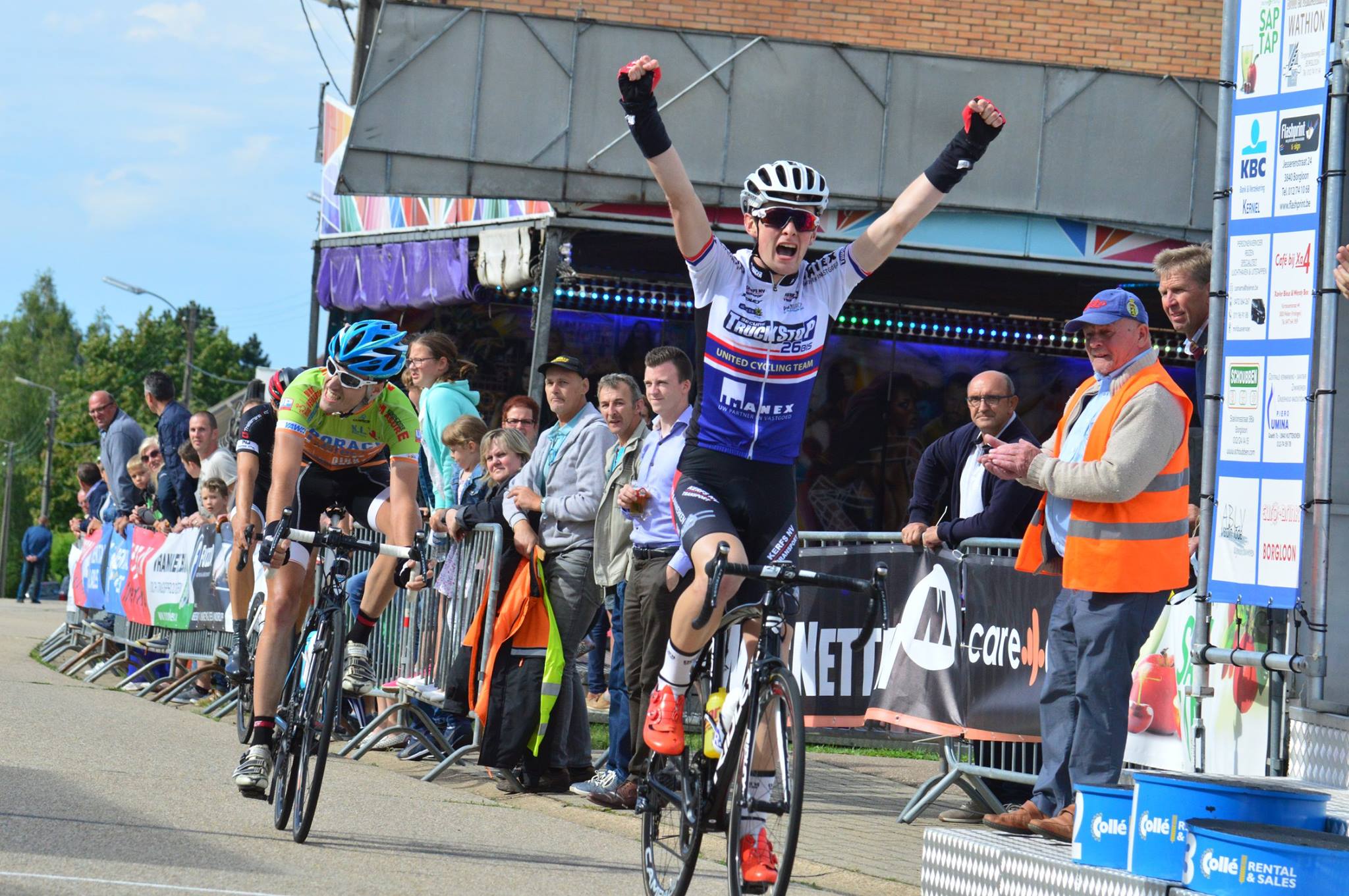 I first got involved in cycling at the age of 12 when I was introduced to my local cycling club by my Dad. From there I became more and more involved in the sport by racing etc…I started to take it seriously as a junior rider and then made the big move to live and race in Belgium when I was 18 and have been here since.

I always watched the Grand Tours growing up as a child and liked watching the battles between Contador and Andy Schleck. So I would have to say those two. Although now a days it is probably someone like Gilbert or Valverde.

I think the results I got last season were my best ever. I won 4 times in Belgium and was on the podium 9 times altogether. I was also 5th overall in the Ronde van Oost Vlaanderen.

The ultimate ambition is to turn professional. For this year it is to make sure I am visible in the pro races that I do to the bigger teams.

I love the work ethic involved with the sport, if I miss a training session I would always feel guilty about it so I never do.

Right now during the season most of the time is spent on the bike. I have some big goals coming up in May so the hard work is already done, now it is just about resting. In winter I try to do more work in the gym to build the core and strength.

I always like to play Football as a kid but dont think I could ever play it as a professional. In the winter I always like to watch Biathlon as it just looks a brutal sport. Similar to cycling in many ways.

I saw the effects of Beetroot Juice for performance in many studies and articles and have been using Beetroot Juice since. Beet it sport shots make it a lot easier come race day to use the product.

For the main reason of improving your performance come race day. Also the shots make it so easy to consume to right amount of nitrates without having to drink litres of Beetroot juice. It is a simple, easy to use performance improver

We use cookies on our website to give you the most relevant experience by remembering your preferences and repeat visits. By clicking “Accept All”, you consent to the use of ALL the cookies. However, you may visit "Cookie Settings" to provide a controlled consent.
Cookie SettingsAccept All
Manage consent

This website uses cookies to improve your experience while you navigate through the website. Out of these, the cookies that are categorized as necessary are stored on your browser as they are essential for the working of basic functionalities of the website. We also use third-party cookies that help us analyze and understand how you use this website. These cookies will be stored in your browser only with your consent. You also have the option to opt-out of these cookies. But opting out of some of these cookies may affect your browsing experience.
Necessary Altijd ingeschakeld
Necessary cookies are absolutely essential for the website to function properly. These cookies ensure basic functionalities and security features of the website, anonymously.
Functional
Functional cookies help to perform certain functionalities like sharing the content of the website on social media platforms, collect feedbacks, and other third-party features.
Performance
Performance cookies are used to understand and analyze the key performance indexes of the website which helps in delivering a better user experience for the visitors.
Analytics
Analytical cookies are used to understand how visitors interact with the website. These cookies help provide information on metrics the number of visitors, bounce rate, traffic source, etc.
Advertisement
Advertisement cookies are used to provide visitors with relevant ads and marketing campaigns. These cookies track visitors across websites and collect information to provide customized ads.
Others
Other uncategorized cookies are those that are being analyzed and have not been classified into a category as yet.
OPSLAAN & ACCEPTEREN
Back To Top
×